Babysitting is a Dangerous Job!

Babysitting is a dangerous job. But if you're savvy to child behavior and child discipline, you can show up prepared.

One reason it's dangerous is because children are excited that their parents are gone. They'll try things they don't usually do just to see if they'll get away with it. Two, because you're in someone else's home. That means you're not only responsible for making sure the kids don't kill each other, but also for making sure the house doesn't get broken into, the kitchen doesn't catch on fire, the pets don't run away or soil the rugs, and the place is at least reasonably clean when the parents return. 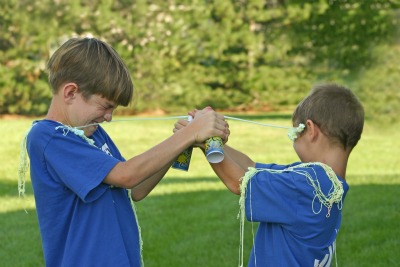 Here are some worst-case scenarios that have left some sitters convinced that babysitting is a dangerous job:

1. A babysitter was summer babysitting at the kids' country club, and no one told her that the youngest daughter had a peanut allergy. The sitter got a boxed lunch for the child at the club and ended up in the hospital, thanks to the peanut butter cookie. Lesson learned? Always ask if the children have allergies.

2. While playing outside in the driveway, one of three children hit the garage button, shutting the door. (He thought it was fun to run underneath before it shut). The doors to the house were all locked, and the baby, in her carrying seat, was resting in the shade INSIDE the garage. The sitter had to break a window to get inside, open the garage door, and "rescue" the baby, who was fine, but may not have been for long. Lesson learned? Keep those keys in your pocket while playing outside, OR make sure the exterior doors are unlocked. Babysitting is a dangerous job, and it can be helpful to keep that in the back of your mind. 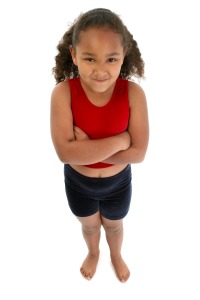 3. The sitter was in the kitchen making dinner when water started seeping through the ceiling. Pots boiling, food cooking, water dripping, the sitter had to think fast to turn off all the heat and move the kids into a "safe" area. Soon after, the electricity shorted because the water seeped into the lighting fixtures. Lesson learned? Even fine homes have problems—think quickly of what the greatest risk is, and alleviate that first.

4. Everyone was sitting around watching a movie, and the dog pranced through the kitchen with one of the mom's very expensive evening shoes in its mouth. He had chewed the shoe beyond recognition, and the kids were horrified. Turns out the kids were supposed to put the dog in its crate after it ate, and no one had, so it roamed the house. Lesson learned? Get the low-down on the pets from the parents before they go out, and kindly insist they tell you if their response is "Oh, the kids know the drill." 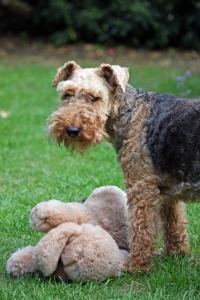 5. The sitter was at a football game with the older brother's two younger siblings. The youngest of the two was playing around a grilled drain by the field's fence and got his arm stuck between the grate. When he tried to wrench it out, it swelled, so it was stuck. The sitter had to call the parents and the fire department to get the child's arm out of the grate (though it was Crisco that finally did the trick), and it was a traumatic event for all involved. Lesson learned? Even if other kids are doing it, it's not always a good idea.

Have your own adventures in babysitting?

Share the most hilarious, most horrible, most embarrassing babysitting stories you have. Then see if anybody else can even compare!

So here you have it. Click here for proof from other sitters that babysitting is a dangerous job!

I was babysitting a four year old boy and his sister, I went into the bathroom and all the sudden I heard a scream. I thought that they were just playing …

When I was 13 years old, I began babysitting in my neighborhood for a family with three children - Grady,9, Shelton,5, and Dana,2. Most times I sat for …

Chicken Nuggets Gone Wrong... Not rated yet
I was babysitting my brother and sister on a Saturday while my parents were out grocery shopping. My mom had left chicken nuggets for lunch and told me …

No Pants Neighbor Not rated yet
I'm 13, and I started babysitting my 7 year old neighbor sometime around last year. We were sitting in the family computer room, me reading while he played …

From Here to Home Babysitting is a Dangerous Job!